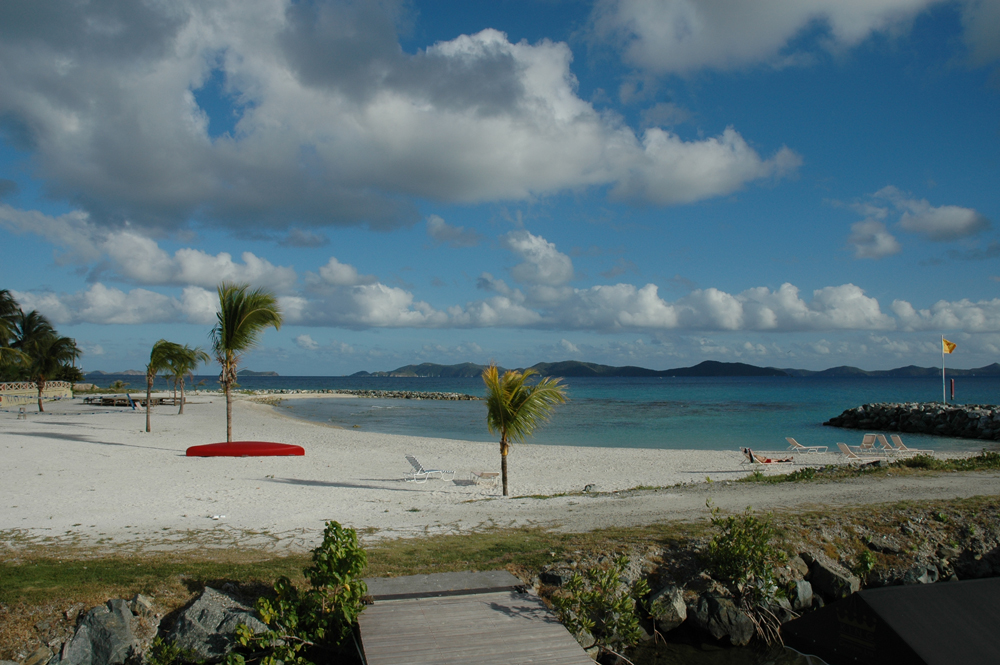 Well we have had some fun over the last week or so. We managed to score about 4 nights free accommodation on a 35 ft Halberg Rassey, with a guy named Bill. It turns out Bill is a retired Nuclear Engineer. Still haven’t been able to figure out why he wanted to hang out with us.

Last Saturday we scored a days work with the eccentric cinematographer. Unfortunately we did not get paid but we did get to go diving for the day. There is a bloke out here named Mauricio Handler who is a world famous underwater photographer, he was conducting a 5 day intense course on underwater digital photography. He was charging about US$1700. The nature of the work was really interesting. Melanie was an underwater model for the day and I had to hold the underwater light for all of the dives. Now this was no ordinary light, it was a US$16000. HMI (halogen something Incandescent) that was connected to a generator on the back of the dive boat( Alby was a bit nervous given as a rule electricity and water don’t tend to mix).

There were 8 photographers and approximately US$100,000. worth of cameras housings & strobes. we did 3 dives on a wreck called The Rhone. For its age even though it is broken in to 2 pieces it is quite well preserved. We did not get to see a lot though, as Melanie had to hold the model pose and I had to shine the US$16000 light on her.

We did however see enough to know it is worth going back to dive properly. The next day Sunday we were invited out on a 26ft centre console with a 140 hp 4 stroke Johnson. with Ed, the bloke that owns the Virgin Queen, a local bar & restaurant.

We left from a place called Sopers Hole, apparently a famous pirate lair, on the West end of Tortola and headed for a place called Coral Bay on the Island of St John, part of the US Virgin Islands. We went to the US on the sly as the other guy with us Jerry was kinda on the run from his recently divorced wife, I can only guess that he was avoiding some sort of payout and if we checked in USVI he might get flagged. Coral bay is a bit of a hippy hang out and we had lunch at a bar named skinny legs. After lunch at skinny legs we headed for Norman Island and a bay called the bight. Norman Island is believed to be the island that Treasure Island was written about. The locals still believe there is a lot of treasure buried there!

The Bight at Norman Island is also the home of the Famous (out here) Willie T’s floating bar and restaurant. It is kind of wild and has a reputation for encouraging young girls to strip naked and jump from the top deck in exchange for a Willie T’s T shirt. While this did not actually happen while we were there, we only stayed for 2 drinks, I kind of have the feeling it probably happens fairly regularly. We didn’t stay there long I think mainly because Ed our intrepid host fell off his boat and got soaked. It was not a particularly warm day and we retreated to another land based bar in the same bay named Pirates. This place was magic, right on a beach that matches exactly what I imagined a classic Caribbean Beach to look like, complete with palm trees leaning out over the water and only accessible by water.

After another couple of drinks there it was back to Sopers and home to the sleazy Sea View Hotel for an early night. We have a job interview tomorrow at Moorings (the biggest charter Co. in the region) for a job down at St Lucia. Sound promising Rocket says she has a good feeling.

Well we had the first interview at 10.00 am and got invited back for the 2nd interview at 3.00pm. It turns out there are 2 jobs going down island as the locals say.

Mel – Laura who conducted the interviews told David that he would have to get a hair cut to fit in with the Moorings ‘image’, but given we are going to be down island I have a plan!! They are on boats based in a place called Canouan which is part of the Windward Island Group.

Apparently it is a bit of a Moorings outpost and fairly remote. One job is on a boat that stays in that region and the other is on a boat that spends 6 months down there and 4 months at he Abocos in the Bahamas. We have indicated interest in the job that is split between the Bahamas and the Windward Island mainly because it has an earlier start date.

The boat we would be working on is a 47 ft Cat (not sure what type yet) less than a year old apparently well maintained with air conditioning, Gen set and all the bells and whistles. We would have approx. 2 months in Canouan before taking the boat to the Bahamas, a trip of approx. 1500 miles that we would have 3 weeks to do, mainly reaching in 15 to 20 Knot NE trades, should be fun. Anyway we find out for sure if we have got it on Friday. Keep your fingers crossed!

Just an observation boats are generally cheap here. Good place to buy then sail home. Talking of buying it looks like we wont be following up on the Pearson 28 even though it has checked out is being pretty sound as if we get the job we wont need a boat of our own.