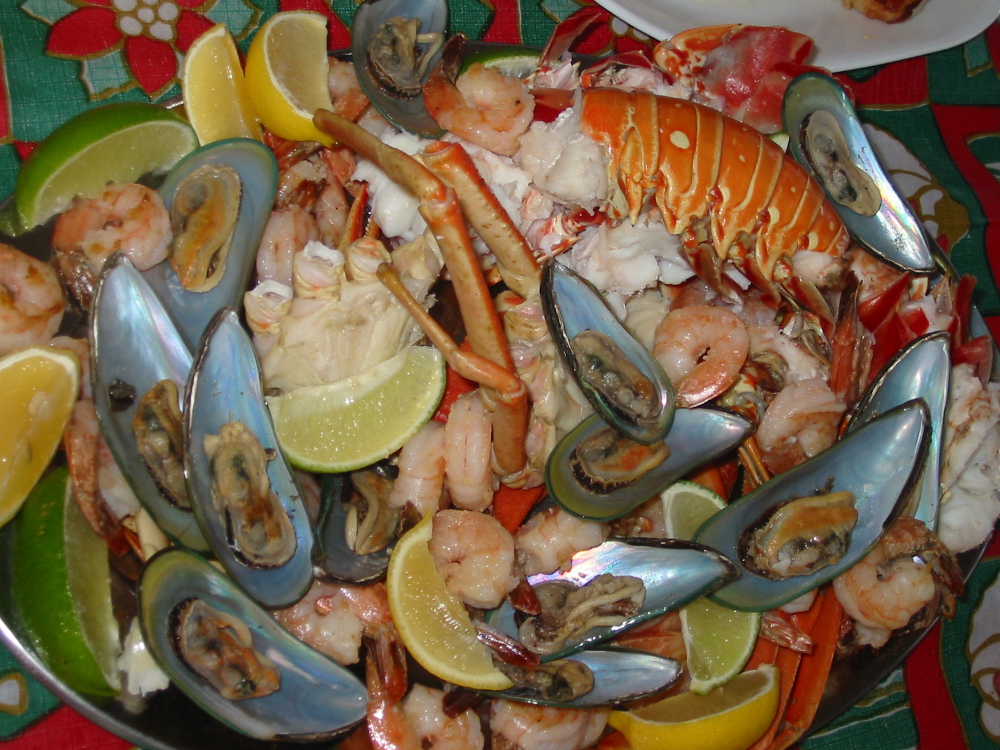 It has been a while. It seems to be getting longer between updates.

Probably a reflection of Melanie and I becoming more apathetic about what we are doing. Since our last update we have had three charters one of which we are currently on and will finnish tomorrow.

Christmas was an entertaining affair all be it a little sad being so far from our family and friends. We have been a little slack in communicating christmas cheer and wishes of luck for the year ahead to all of our friends, better late than never.

So Merry christmas and all the best for the year ahead to you all.

Christmas day was one where we invited a number of other expats. who were without family to an all day christmas party on the Bahama Mama, some people have no style when it comes to naming a boat. Melanie managed to buy a bunch of seafood and more seafood for christmas dinner and of course no shortage of alcoholic beverage.

We ended up with a Kiwi, a Pom, a Yarpi and a Yank, very cosmopolitan. The Pom and the Kiwi arrived about 2 hours after everyone else started eating and drinking but the were well and truly attitude adjusted and were both experiencing some technical difficulties. We have video to prove it but at this stage it is not for general exhibition.

Christmas lunch was a hit and went from about 11.00 am till about 11.00pm and before we new it it was new years eve. As it turned out we stayed in Marsh Harbour as we had a charter commencing on the morning of the 2nd. it proved to be the wrong decision as we later heard Hopetown went off and Marsh Harbour was fairly dull.

Mel: David spent the day of New Years Eve, helping a friend  of ours, Clay, hip tow his $10, 47′ Cuttyhunk design ‘Chandelle’ from Marsh Harbour to an Island called Green turtle Cay. A distance of around 20 miles and involving a brief passage into the sometimes very nasty Atlantic.

They were extordinarily lucky with the weather and had no wind glassy conditions. Clay is a captain of one of the support boats on the set of Pirates of the Caribbean 2 &amp; 3. He has since towed his boat from Green Turtle to Freeport on Grand Bahama, where is is going to get carpenters on the set help fix up ‘Chandelle’ in exchange for the use of his 21′ whaler.

We spent New Years with Clay, his mum and sister, all oringinally from Kentucky, it was quiet, but fun. The amazing thing is David and I managed to stay past midnight. The ongoing joke around here is the 9pm is the Bahamiam midnight. No kidding we are in bed around 9pm most nights, if not before.

On the charter front the week before christmas we had a family from Atlanta, Mum and Dad and three daughters. They were fantastic people. Very friendly, appreciative of what we were doing for them and generous. Went some way to restoring our faith in human nature.

Gerry the dad loved a beer and we spent many a night in a bar or on the boat drinking beer and talking crap.

The next charter was a little different. A Cuban American guy, his wife and three daughters. What a contrast. That charter ended and another started the one we are on now.

These people are fantastic. The first three days was husband and wife, son and daughter in law, 2 children and the pilot of their own jet. The next four days just the older couple. We have had so much fun with them. They have taken us out to the best restaurants on 2 occasions so far and they are very appreciative of every thing we do.

We have a 24 hour turn around tomorrow for a week long charter with 8 guests, even though there is only beds for 6. It turns out that we are getting 4 adults and 4 kids, two 3 year olds and two 5 year olds. It is going to be a nightmare if the weather is bad!

After this next charter we have a month with no charters until the end of our contract at the end of Feb. We are going to go to Freeport on Grand Bahama where we have a friend working on the set of Pirates of the Caribbean 2 and 3. He has assured us he can get us on the set to have a look around. Should be fun. Doggy is doing a Star boat regatta in Miami and hopefully will get over to visit us after his regatta finishes.

We are still unsure as to whether we will stay on with Moorings for another month after our contract ends. We have not discussed it with them, but we are sure they will want us to stay for at least March. They have both crewed boats booked for at least 3 weeks in March and if we leave they will have no crews for what amounts to 6 weeks of charters. Knowing how difficult it is to get work permits for The Bahamas and the fact that after March they do not have any overlapping bookings will mean we should be able to negotiate something if we want to.

The plan is still to try to get some sort of van we can live in, nothing flash just something we can sell for a similar price we bought it for about 3 months later. So you are on notice Charlsey, what can we get and how much do we have to spend. And then home. Of coarse all that could change with Melanie and I, if we get sick of traveling we could be home in 2 months.

All depends on how we are feeling on the day. We certainly miss home, family, friends and the dogs but it is going to be tuff to settle back into some sort of normal routine. What ever that is!

Thats about all from me to this point, Melanie may add something before we get online to broadcast this. Thanks to all of those people who emailed since our last update. It is great to hear about what is going on at home. To all of those that we haven’t herd from for a while and you all know who you are, it would be nice to hear how life is going for you even if its just a few lines