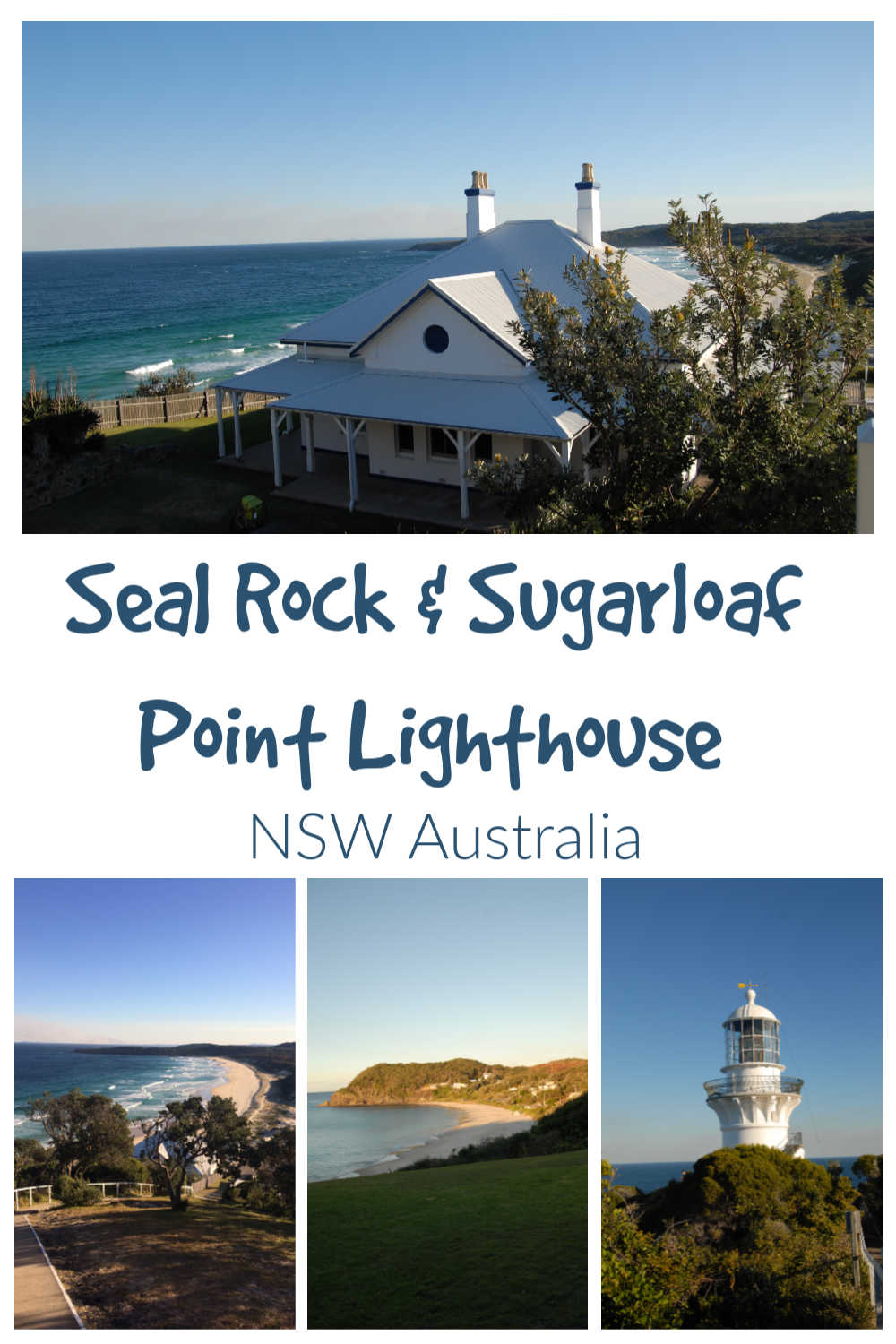 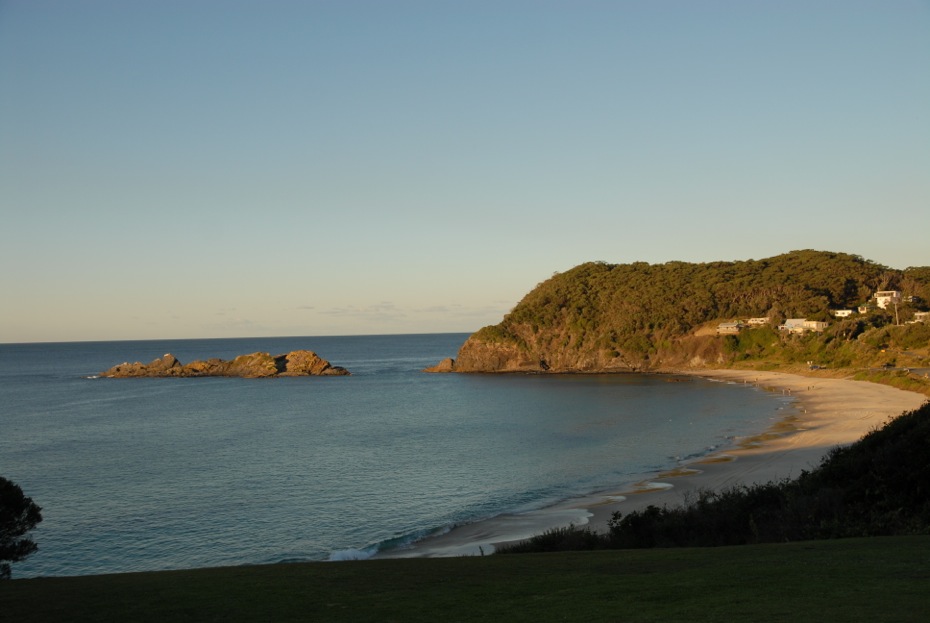 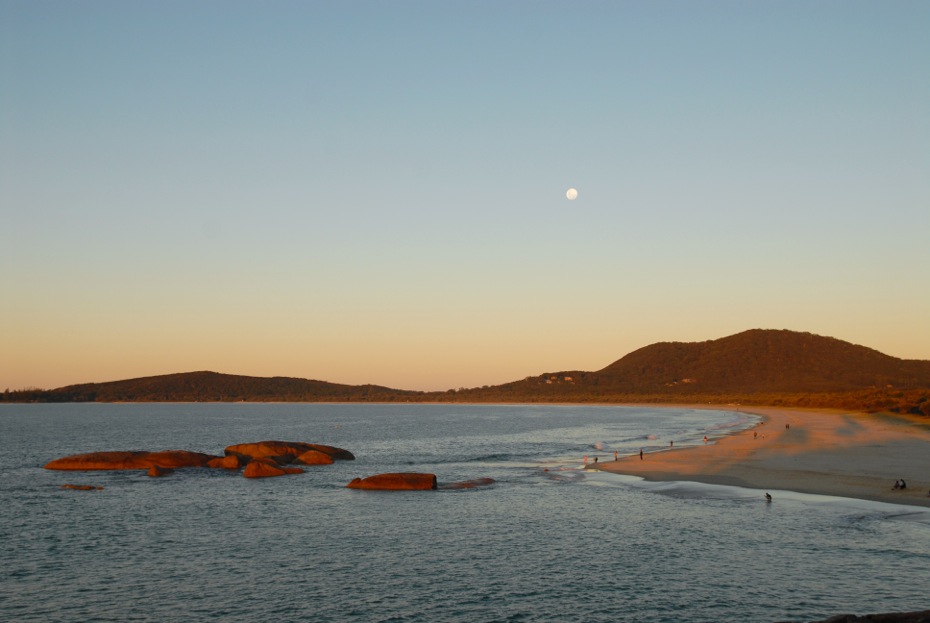 For the last few years we have headed to Scotts Head for a getaway from the cold Victorian winter. Normally we take a day trip to South West Rocks, but this year we decided to have a few nights there on the way home, we were not disappointed with our decision. 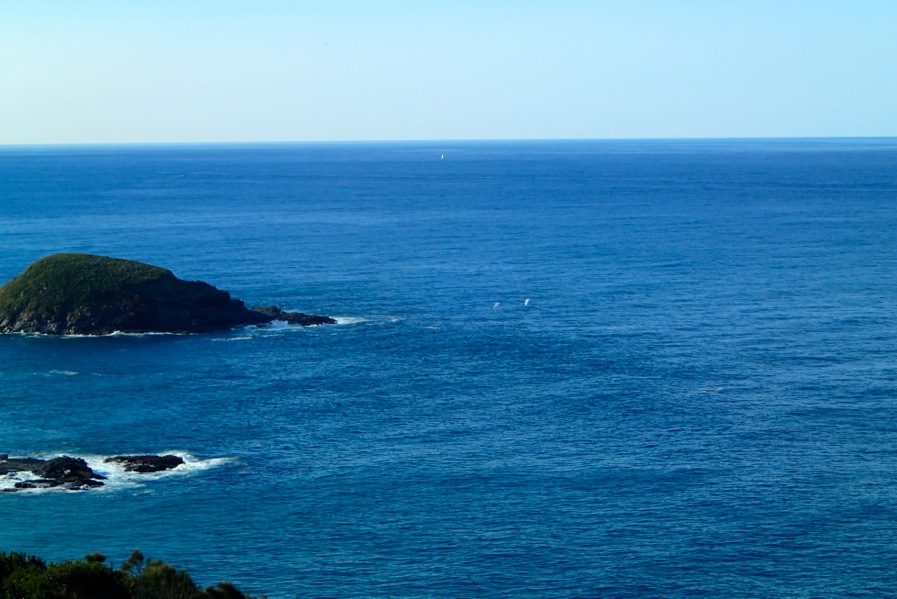 I promise there are whales in the water, if you look closely you will see the water spouts.

A bigger, busier town then Scotts Head, located next to the mouth of the beautiful Macleay River. The caravan park is elevated overlooking Horseshoe bay, a perfect place for kids to have a frolic in the surf.

There is a great kids park and typical beach kiosk, the surf club overlooking the beach towards Trial Bay has great meals on offer. Back Creek is a great spot for kids to catch their first fish. There is a jetty and a bridge a short walk from the caravan park both are ideal spots to try. Peeled prawn or cut pilchard is the best bait with the likely catch being bream, flathead or whiting. An hour either side of high tide is the best time to try. 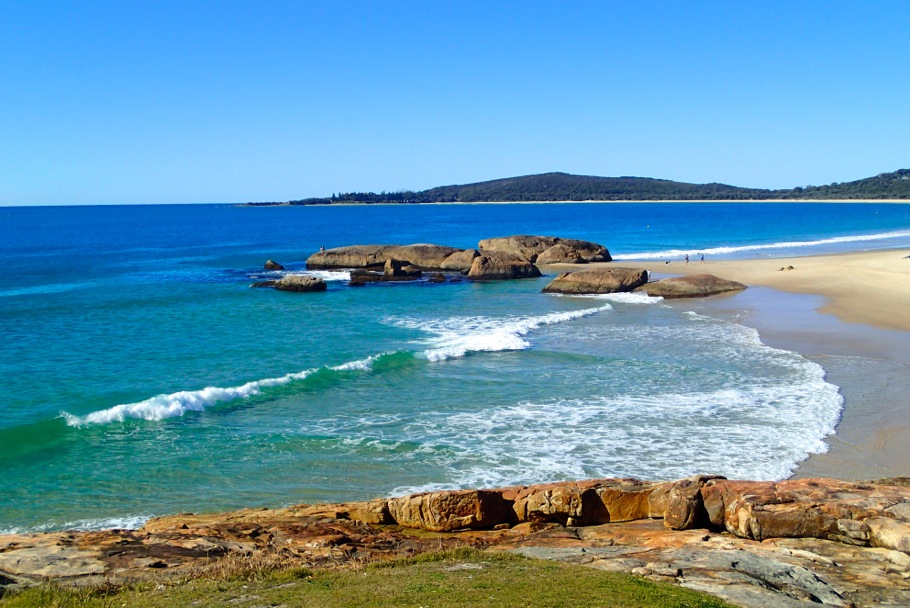 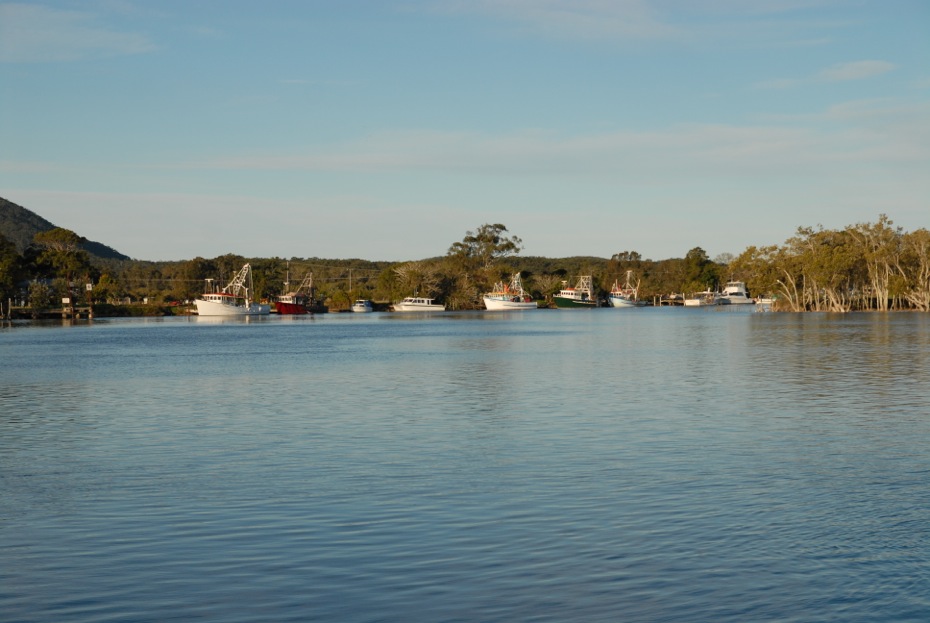 Thanks to the helpful staff at Rocks Marine Bait & Tackle for the friendly advice.

A short drive from the main town center is the Smokey Cape Lighthouse, from here you get a magnificent view back towards Trial Bay and South towards Hat Head. We were fortunate to also see 20 plus whales on their northern migration, a few even coming within a few meters of the bottom Smokey Cape where the lighthouse is situated. I never get tired of seeing these beautiful creatures. I would have happily spent the whole day spotting whales and dolphins except for an impatient 4 year old, who was lucky to spot a big fat goanna happily sunning himself close to the lighthouse. 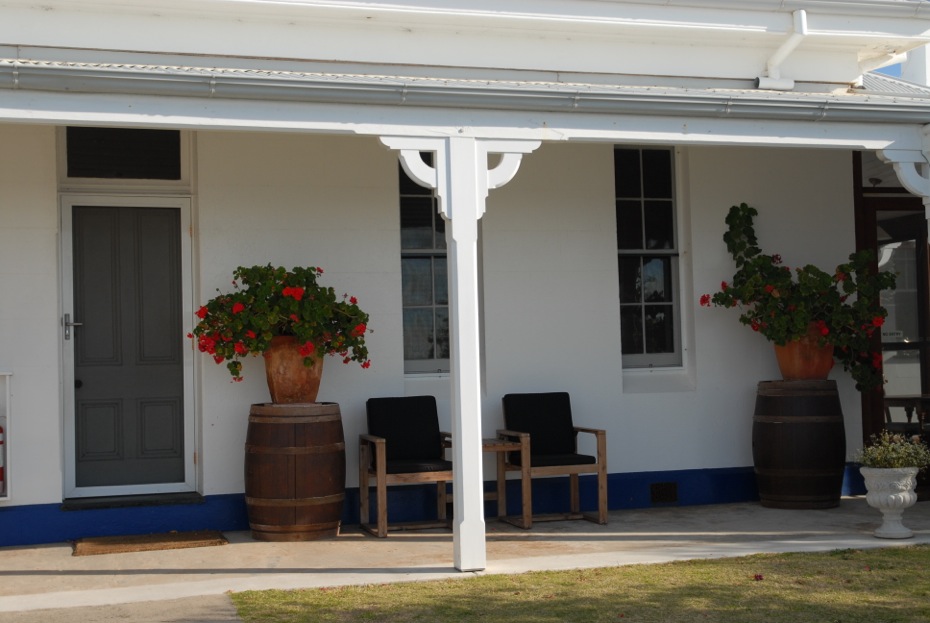 A short drive form the center of South West Rocks is the Trial Bay Gaol. The gaol opened in 1886, after 13 years of construction, in a beautiful setting for a prison. The prison labourers were there to construct a breakwater to make Trial Bay a safe harbour between Sydney and Brisbane. Unfortunately the scheme failed, however you’ll still be able to see the remains of the breakwater from the guard tower lookout.

The goal is surround by national park with available camping and a boat ramp, kangaroos are also a common site. We opted to stay in the campground in South West rocks as the waterfront sites were under maintenance.

Tip: It is a popular holiday spot, so if you plan on going in high season I would recommend booking well in advance, the best campsites overlooking Horseshoe Bay are in hot demand even during low season, so also wise to book ahead.

When you live in Victoria, I think it is a great idea to head to a warmer climate even if only for a week or three! The last few years we have made the trek to Scotts Head in Northern NSW. Scotts Head is just south of Coffs Harbour and camping ground is part of the North Coast Holiday Park chain.

Why Scotts head? Well there are a few good reasons:

Scotts Head is one of many stunning, small, coastal towns on the NSW coast, it has a neat little coffee shop and the small general store has also been recently upgraded and has some beautiful fresh produce. 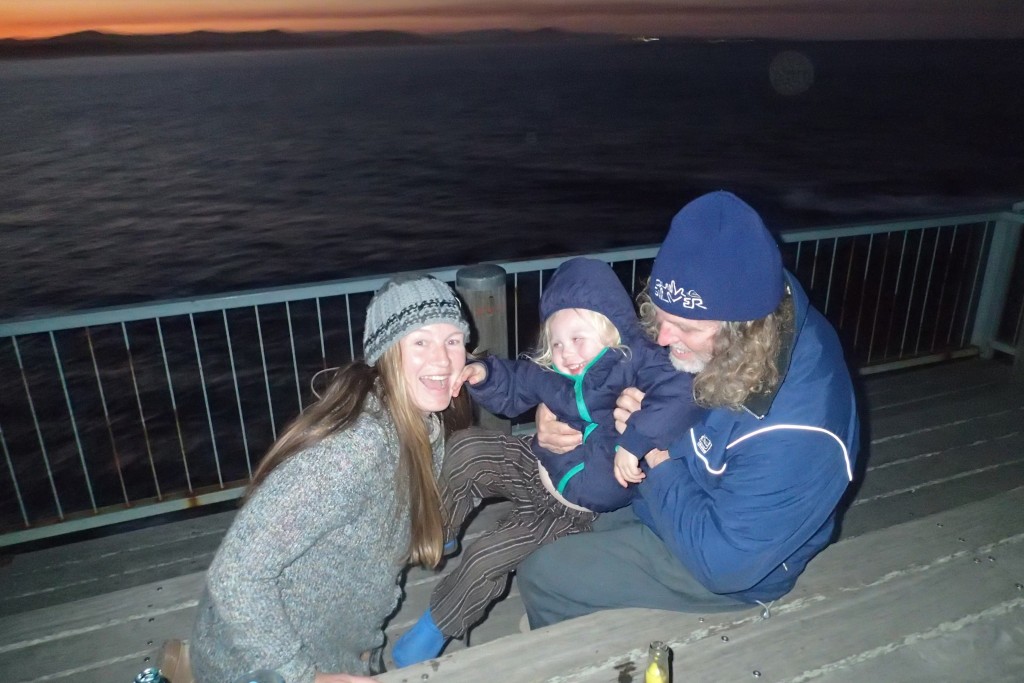 Make sure you head up to the lookout with a glass of champagne and some nibbles to watch the sun sink over the horizon, you may also get to enjoy some dolphins frolicking in the waves just below the lookout.