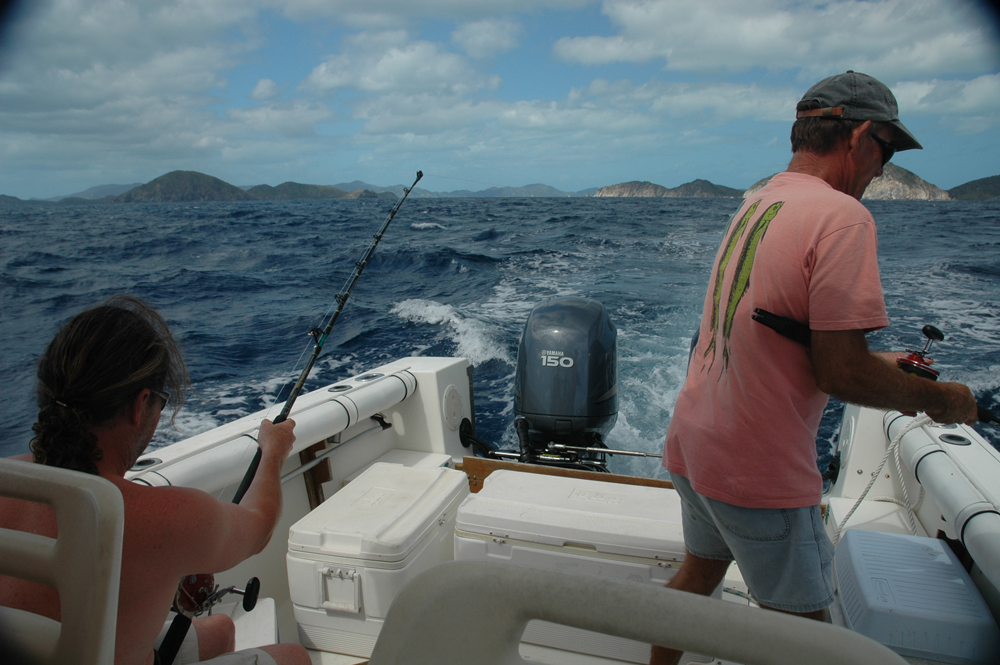 Well the time is passing very slowly here. we have couple of leads on jobs. One is only a slim chance and probably wouldn’t eventuate for a couple of months at least. The other a little more promising on a 45 ft French cat.

We met the American owner last night and he seems to be a nice sort of a bloke. We meet him on the boat this afternoon with our resumes. We have been staying at Jim Palmer’s place for the last 9 days, he is a really nice bloke who has become a good friend. We had to move from his place yesterday as he has friends down from Baltimore.

So after a week of relative luxury we are back at the seedy Sea View Hotel We had a day out fishing for Tuna in Jims Hataras which apart from not catching any fish was great fun. We have been spending some time with Armando the eccentric Argentinean underwater cinematographer. He showed us a DVD that he shot of a bull shark attacking him, it literally bit down on his camera housing after charging him a couple if times fortunately it did not manage to take a chunk out of him.

We have been looking at a little Pearson 28 which looks very similar to a compass 28, it is in reasonable condition apart from needing a really good clean, it has a new 2 cylinder 18hp Vartus diesel in it (less than eight hours since professional installation) and we can probably pick it up for 5 or 6 thousand us dollars. it has a swing mooring in the village marina and we would be able to live on it, do a bit of work on it and then even if we sold it for less it would be cheap accommodation with the added bonus of allowing us to do some cruising.

If we get it we may even take it to Antigua for race week. We met 2 Aussie guys who run an 85 ft motor yacht. It had a marble Jacuzzi in the owners cabin and onto the aft deck it had automated curved sliding doors. It had two 750 hp diesels that gave it a top speed of 25 knots. Thats planing! Cruising speed was 14 knots and at that speed it only consumed 70 litres an hour. They were up from St Maarten for a couple of days. After the owners and guests flew out they invited us on board for a drink or three. I don’t think I have tasted as many different rums in the rest of my life as we sampled that evening, and I don’t even like rum!

Any way it was amazing to get a VIP tour of the entire vessel. One killer hang over the next day. This morning we found a decent bakery and a place we can buy a coffee for $1.00 which doesn’t sound that exciting, I guess you would have to be here to appreciate our quest for reasonably priced healthy food. Hardest thing to deal with is there is pretty much nothing to do here unless you have a boat or are prepared to spend a lot of cash on organised tours or car hire.

We have been snorkeling out at the Indians which is a rock where Tortolas best coral is supposed to exist, glad we didn’t pay to dive there because on our standards even at home in Melb. this was crap. Apparently it used to be good! Apart from having set moorings in many of the bays there seems to be little awareness of conservation over here.

Still have not really managed to find any friendly belongers (the term they use for Tortolians with birth rights). They all really seam to begrudge others being here. We have no problem hitch hiking and it is considered safe here, most of the time we get a lift really quickly. I think it helps having Rocket. Both of us at times have been really home sick, missing family and friends and especially the dogs.

It has really made me think about the little things in my daily routine at home that you take for granted. It is not until you not doing them that you realize how much pleasure they bring. Any way thats al for now, any news or goss. from home greatly appreciated.

Any football or sporting news. 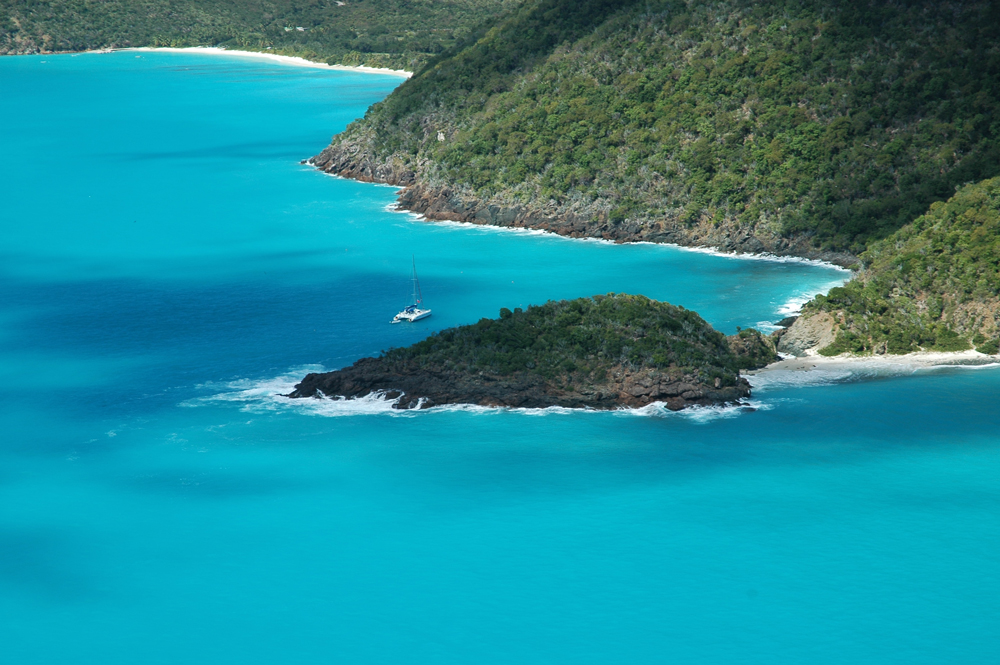 I’d be lying if I said it hasn’t been pretty tough here, this place is not particular geared towards the budget traveller. We are staying in Road town on the south side of the island, which is where all the charter companies are located unfortunately the beaches are the north side, consequently expensive to get to. So when we are not looking for work there is not a lot to do. The best time to go out is between 5pm  to 7pm everyday to the Village Cay Marina Bar, because the drinks are at happy hour prices making them just affordable, and on Fridays they also have free food. The Village Cay has turned out to be a sensational place to meet people. We meet a fabulous bloke named Jim who is going to let us stay at his house next week while he is out on charter work. Sleeping at the salubrious Sea View hotel is proving to be a nightmare We have both resorted to earplugs but even the effect of them is wearing off. The small window in our very small room is right next to a very busy and noisy road that doesn’t seem to slow down all night with the Island hoons doing burnouts up the hill!!! So staying at Jim’s Harbor side condo is going to be a blessing. We hired a car yesterday morning and monday afternoon which is the best thing we have done yet. This island has without any question some of the most spectacular and picturesque scenery I have ever scene. Every photo is like a postcard. There have only been cars on Tortola for about 25 years and it shows in the driving skills of the locals. The roads  are not much more than bitumen goat tracks, with the little 4wd we hired only just making it up them in 1st gear.

Well if hiring are car was good we had a better day out on the water yesterday. Alby while wearing a switch productions shirt and wandering the marinas met a full time underwater cinema photographer a Argentinean named Armando. He was going out to do a day’s filming on a local wreck and we were invited along. As I happened to have the long blonde hair I was invited to be a part of the film and got a free dive in the process. Alby got to go snorkeling. We then went to a little beach resort on another island – Copper Island to do some still photography. Until next time. David & Mel

We sold our house in Melbourne, Australia in November 2004 and left Australia for the British Virgin Islands in January with the hope of finding work in the crewed charter boat industry. After about 5 weeks of very persistent door knocking we secured a job on a 47 foot catamaran that worked in the Caribbean and The Bahamas for just over 13 months.

We have completed our contract and are about to set of to Europe for a 3 – 4 months in some sort of camper van. This site is an archive of the last 14 months and hopefully a journal for the next part of our journey.

You will find pictures, accounts of our work in the Caribbean and Bahamas, info on our travels, mpegs and podcasts.